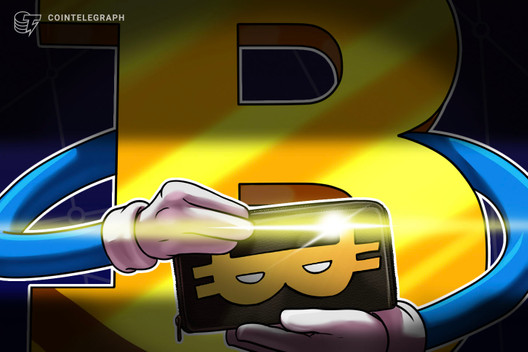 One Crypto industry CEO sees Bitcoin hitting all-time highs at some point as the perfect facilitatory atmosphere sets up the move.

Aleks Svetski, co-founder and CEO of Bitcoin (BTC) investing application Amber, said the asset could be on route to hit its all-time price high once again.

“It’s just a matter of time – there’s a perfect storm brewing and the pressure will have to go somewhere,” Svetski told Cointelegraph in a May 21 email, adding:

“With Bitcoin, supply is fixed, and its utility as an un-inflatable and incorruptible money is only increasing – the only thing left to move is price.

With 2020 nearly half over, Bitcoin looks back on a roller coaster ride, in part amid coronavirus pandemic chaos. The asset visited $3,800 and $10,300 price levels, making countless stops everywhere in between.

What will it take for the asset to break its all-time price high near $20,000? “Time and momentum,” Svetski said, although he would not mind if Bitcoin sat around for a bit longer before its move toward new highs.

“I for one hope that it holds a lower price floor for a longer period,” he said, explaining the added time would give him and others more time to buy additional, lower-priced BTC.

What happens after Bitcoin breaks its elusive $20,000 ceiling? “Disbelief, followed by FOMO,” said Svetski, noting the fear of missing out the public might express.

Once Bitcoin breaches $20,000, Svetski said he thinks the asset once again will garner significant public attention, with “mainstream economists and traders” warning of a price collapse or a double top chart pattern, which also sometimes signals upcoming downward momentum.

“Retail punters will initially be hesitant, but as it charges ahead to $25k, $30k, $40k, the disbelief will transform into FOMO and we’ll see an incredible price acceleration.”

In contrast, however, billionaire Chamath Palihapitiya said the coin has potential to fall to $0 if it does not hit seven figures in price.