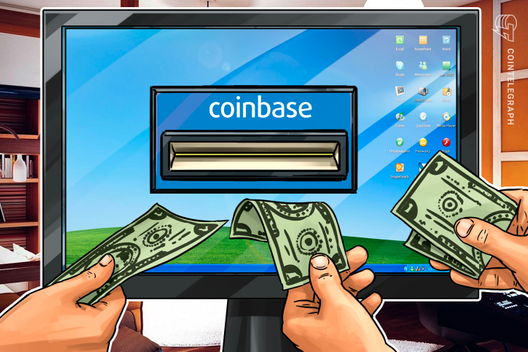 U.S.-based cryptocurrency exchange and wallet service Coinbase is now introducing staking rewards for all Tezos holders on the exchange.

In a blog post on Nov. 6, Coinbase announced that it is now introducing staking rewards for all Tezos holders on Coinbase, so that each eligible U.S. customer can earn interest on their XTZ holdings for depositing and holding the token on the platform.

The estimated return for Tezos staking is around 5%

Staking lets customers passively earn income with their crypto by holding funds in a cryptocurrency wallet to support the operations of that tokens’ network. Staking purportedly makes the underlying blockchain of that asset more secure and more efficient. In exchange for locking up their assets in a staking wallet, customers get rewarded with more assets from the network.

The institutional asset custody arm of Coinbase, Coinbase Custody, already launched its staking service for Tezos back in March. Kathleen Breitman, co-founder of Tezos, said at the time:

“The launch of Tezos staking through Coinbase Custody serves an acute need that existed up until now: a way for institutional participants who rely on a secure, offline custodian to take an active role in the network.”

After today, all eligible Coinbase customers holding Tezos on the exchange will be able to collect an estimated return for Tezos staking of around 5% per holding period of 35–40 days. Once customers’ initial holding period completes, they will receive rewards in their accounts every three days.

Coinbase has been actively expanding its services for U.S. customers, with Tezos staking being the most recent example. In early October, the exchange began to allow U.S.-based holders of USD Coin (USDC) to earn a 1.25% annual percentage yield.

As the most prominent exchange in the U.S., Coinbase has been active in trying to influence the shape of the digital assets industry and its regulatory environment in the country.

Coinbase was among one of 80 firms that collectively spent $42 million in lobbying for various aspects of blockchain and cryptocurrency policies in Washington D.C. in Q1 2019.