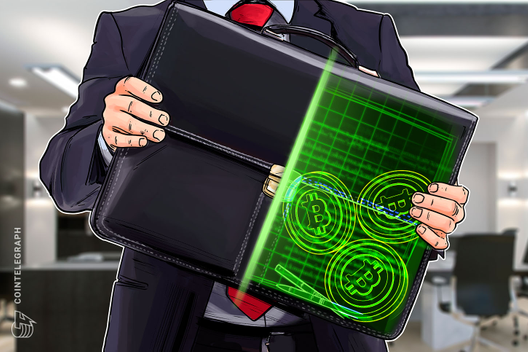 Bitcoin has been profitable as an investment 98.2% of the days since its creation, the latest data shows as of July 1.

Bitcoin (BTC) has been profitable as an investment 98.2% of the days since its creation, data from holdcalc.com as of July 1 indicates.

Counting 3830 days back — to January 4, 2009, one day after the coin’s Genesis Block was hashed  — holdcalc’s data suggests that on 3671 of these, it was profitable to buy bitcoin (BTC) as an investor.

That leaves 69 unprofitable days — which include virtually all days during December 2017, at the apex of bitcoin’s historic bull run to $20,000 — as well as almost all of January 2018.

Parallel to holdcalc’s rolling statistics, a cryptocurrency market analysis published by twitter handle CL on June 24 suggests that bitcoin has entered the so-called “stealth phase” of its renewed bull run.

The study opens by noting that the top coin has now crossed both its 50-week and 50-day moving averages, and goes on to analyze bitcoin’s realized value — a metric reportedly first proposed by a Coin Metrics researcher. Realized value, the study outlines, is the weighted UTXO market cap for BTC — i.e. a measure of the value of all coins in circulation at the price they were last transacted.

In addition to bullish technicals, on-chain data such as bitcoin’s hash rate, active wallet addresses and transactions per day are all surpassing all time highs or otherwise close to doing so, the study claims — all of which are metrics that numerous cited studies have purportedly been shown to have a positive correlation with price performance.

To argue the case that the coin is now in its stealth phase, the analysts provide a chart showing the logarithmic growth of bitcoin’s price and public interest — comparing BTC:USD data with Google Trends results for “bitcoin.” 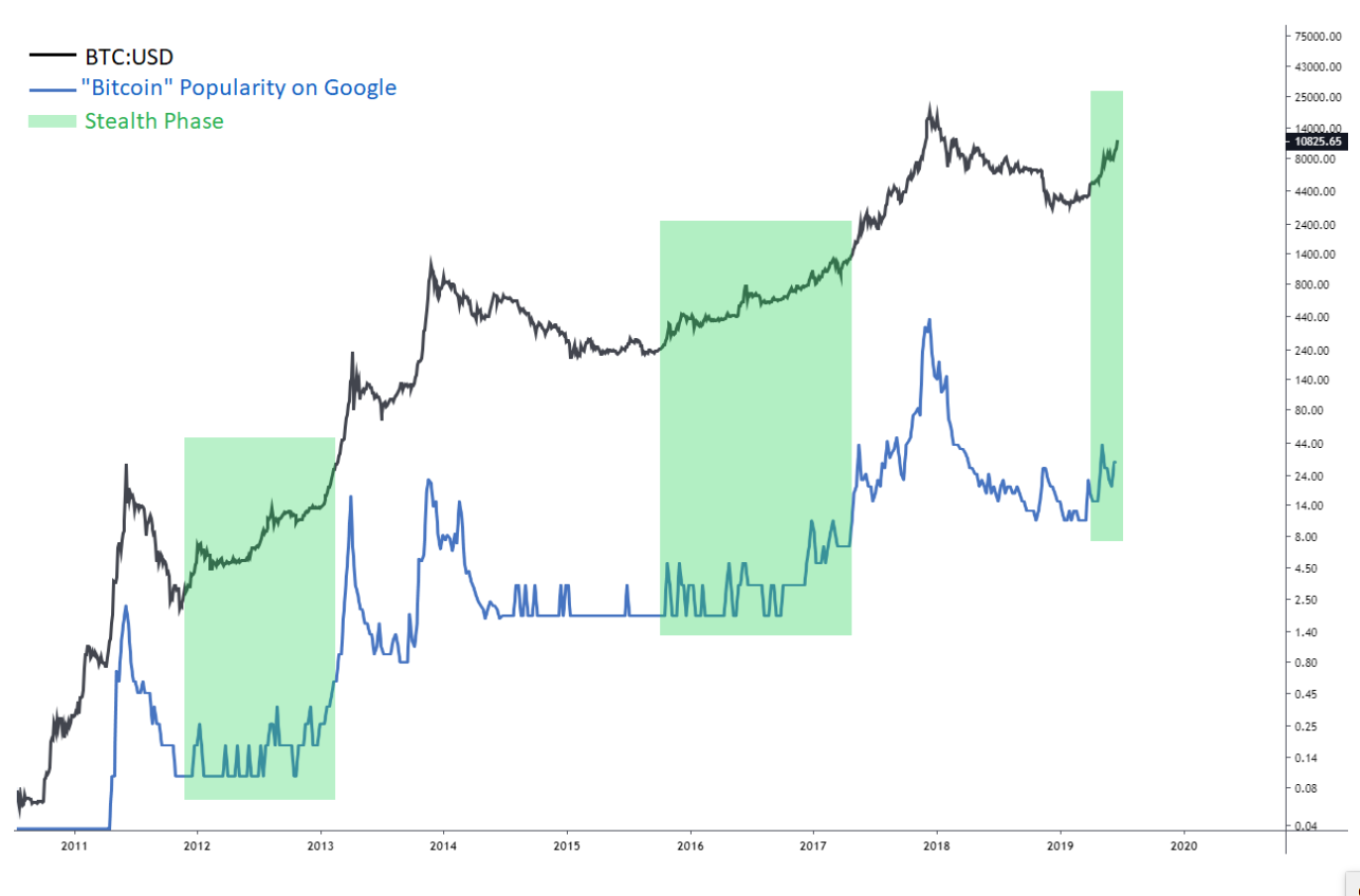 The study argues that the public has, by and large, failed to take stock of the current price ascent, given that there are as many “google searches for “Bitcoin” today at over $10,000 as in 2013 when Bitcoin was only at $1,000.”

As reported earlier, crypto twitter investor and strategist CryptoKea has today argued — against the bull run narrative — that bitcoin’s most likely retracement range is $6,600-$8,000, while others have proposed more moderate estimates of circa $9,500.

To press time, bitcoin is circling the $11,000 mark, down just over 6% on the day, according to Cointelegraph’s bitcoin price index.