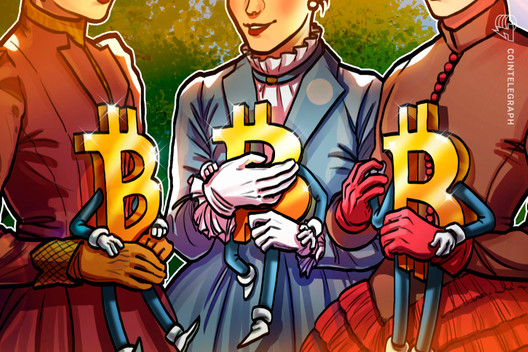 The COVID-19 pandemic has revealed serious problems of the currently existing financial system as well as the Bitcoin’s benefits over it.

As many economies slowly begin opening up again, their stability remains uncertain. ​2020 will go down in the history books as the year financial markets suffered their worst day since 1987 and oil’s value went negative​ for the first time.

Bitcoin (BTC) continues to increase in popularity across the globe, particularly as ​emerging markets ​with populations counting billions begin to recognize its potential. The asset has proven extraordinary resilience in the worst economic crisis of our living time — even overtaking gold as the ​best performing asset​ of 2020.

The COVID-19 pandemic has pulled the breaks on the world economy, with the United States Federal Reserve — the world’s most powerful central bank — being left with no option but to print unlimited money from their magic money tree. The damage is estimated to cost at least​ $1 trillion​, its flow-on effect causing​ ​widespread unemployment​.

The crisis won’t be over when the pandemic is, and it will reveal to the traditional financial system that there is a lot to learn. This year, Bitcoin will create a new economic class, and it’s time for all to pay attention to it — or miss out.

Traditional finance needs to be revamped

The moment the Federal Reserve announced “​infinite money​” and oil’s value went into decline, the​ ​value of Bitcoin grew​.​ ​People are beginning to realize that we can no longer continue relying on traditional forms of finance. For decades, indebtedness across the world has grown, and asset bubbles have continued to enlarge. It appears we have learned nothing from the 2008 Global Financial Crisis. This health crisis is the icing on the already crumbling cake that our society is built on. But with Bitcoin, 2020 could be a different story.

Bitcoin’s ability to ​ride traditional financial markets upward ​is a telling sign not only of its resilience but its role as a somewhat safe haven. On Jan. 3, 2009, when the Genesis Block​ of Bitcoin was mined, the mysterious creator, Satoshi Nakamoto, left a message in the block’s raw data: “The Times 03/Jan/2009 Chancellor on brink of second bailout for banks.” Twelve years later, the message has never been clearer: Bitcoin was invented to foster complete reformation of a volatile financial system by separating money and state. If you look at Bitcoin’s ability to exist without centralized control, you will see a glimmer of hope.

Bitcoin will come out of this crisis even stronger

Tim Draper had merit when he​ ​said​, “It will be Bitcoin, not banks and governments that save the day.” The assets that investors have historically relied on can no longer be trusted, and macroeconomic forces are proof that existing forms of trade may not withhold another crisis.

There is a very simple reason why Bitcoin is a reliable asset compared to traditional fiat: There is now officially an “infinite” amount of USD, but there will never be more than 21 million Bitcoin. The “money printer go brrr” meme went viral because it’s true. Hyperinflation will continue to plague our economic systems as long as many traditional assets do.

By design, Bitcoin is anti-inflationary — this is a part of its code. But recent drops have left many believing the opposite is true. When Bitcoin’s​ ​price dropped​ to $3,600 on March 12 this year, it was the direct result of an overall market interest drop in assets and overleveraged longs being liquidated. The many benefits of Bitcoin is that it is an easy asset to liquidate, as it is very accessible.

We have a lot to learn from Bitcoin. We need to look at the way Bitcoin is built and mined to make our predictions. Unlike fiat, Bitcoin is immutable and decentralized. At the moment, its volatility is a consequence of its small market capitalization, its function as a speculative currency, and the fact that many people are treating Bitcoin like they treat their stocks.

The real problem is that economies are being powered by inflationary currencies. In a crisis like today’s, this can collapse like a house of cards. When money keeps losing value, there’s no point in saving any of it. Bitcoin is only solidifying its role in the market as governments continue to print money.

It’s time to give Bitcoin the spotlight it deserves

It is evident that negative interest rates are just around the corner, with the ​U.S. Federal Reserve cutting interest rates to zero. It’s time for the world to see Bitcoin as humanity’s Plan B.

Bitcoin investors are ​multiplying​ and online searches for Bitcoin activity are on​ the rise​. The bullish outlook is back, and we need to wake up to the asset maturing into a globally recognized store of value.

The world is heading into dangerous territory, as the market slowdown is just getting started​. The global economy hasn’t seen anything like this since WWII;​ there will be more damage, and there will be more casualties, both figuratively and literally.

Bitcoin needs to be used for the true purpose and function it was invented for: To safeguard people from the downfalls of the traditional global financial system.

We cannot continue relying on century-old forms of finance where hyperinflation is used as a means of survival. It’s time to take back control of our financial freedom.

The views, thoughts and opinions expressed here are the author’s alone and do not necessarily reflect or represent the views and opinions of Cointelegraph.

Jonathan Leong is the CEO and co-founder of BTSE, with more than 20 years of experience in developing high performance, mission-critical systems. Over the past six years, he has built many successful ventures by fusing his deep knowledge of technology with business opportunities.