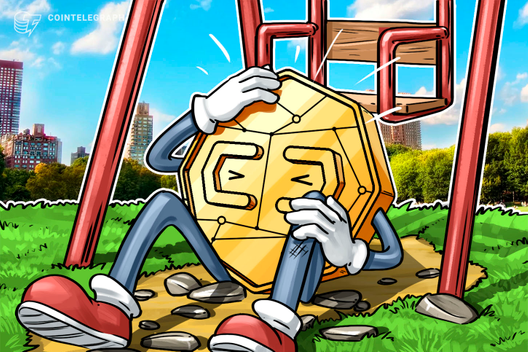 Even with further losses, Bitcoin is technically performing much better than in its 2015-17 bull phase, says Peter Brandt.

Bitcoin (BTC) price dropped below $10,000 Aug. 15 as another day of losses sent the largest cryptocurrency back to four figures.

Data from Coin360 tracked Bitcoin’s decline through Thursday, which followed a previous day’s downward momentum. In total over the past 48 hours, BTC/USD has fallen around 15%.

At press time, support at $9,500 appeared intact, with markets bouncing off those levels to trade around $9,800. 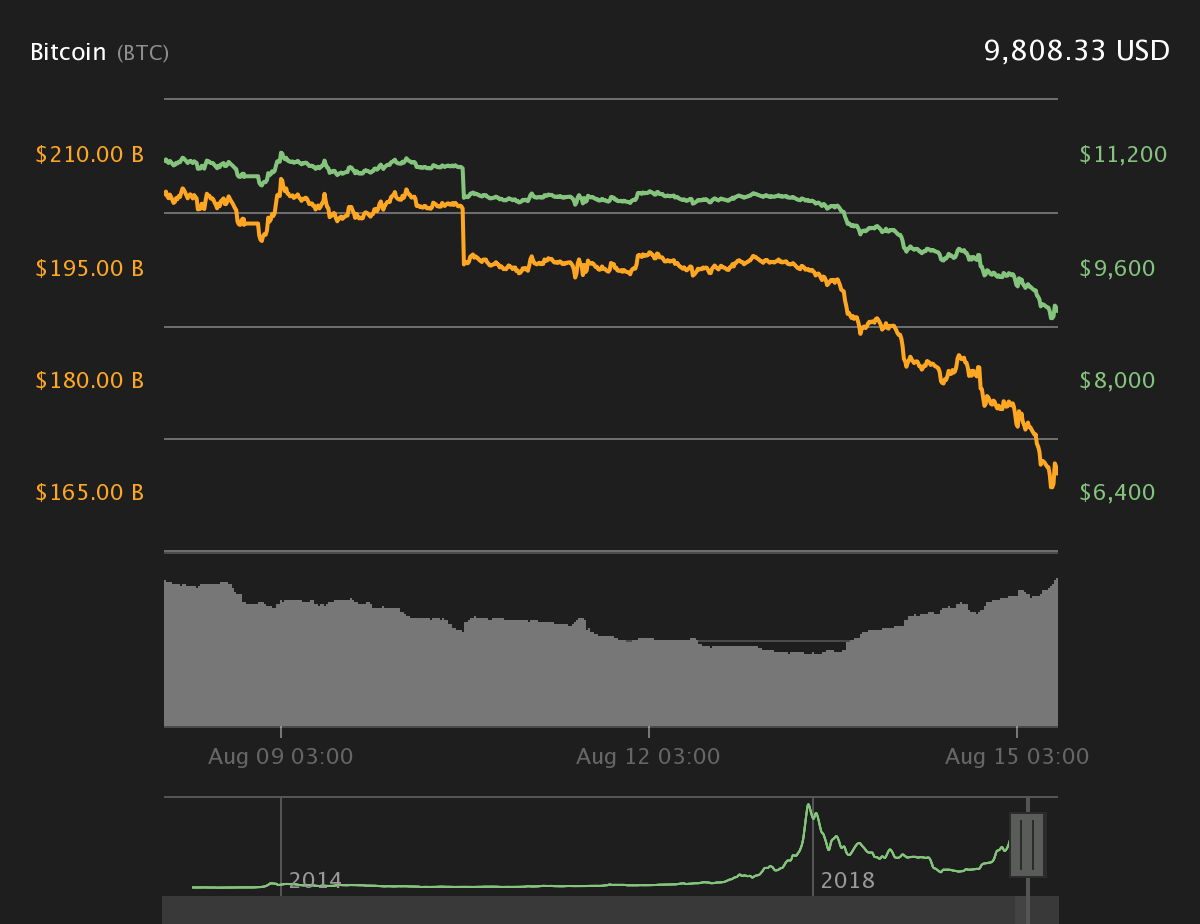 Bitcoin price had shown signs of a fresh retraction following its latest move above $12,000 on the back of geopolitical uncertainty focused on the United States and China. As those tensions lessened, so Bitcoin began reversing its gains.

For the time being, as Cointelegraph reported, analysts remain confident. Adding to those voices Thursday was veteran trader Peter Brandt, who noted that compared to its bullish period from 2015-2017, Bitcoin’s performance this year was superior.

During that period, BTC/USD often U-turned to test its moving average — one of the longer-term trend lines showing price trajectory.

“The current trend has yet to do so,” Brandt summarized on social media.

Other bullish tones came from Morgan Creek Digital co-founder, Anthony Pompliano, who added that even if it faced 50% price losses, Bitcoin would still have outperformed the S&P 500 in 2019.

A look at altcoin markets meanwhile put Bitcoin’s comparatively modest losses in perspective. In a return to classic behavior, most tokens displayed a more volatile rendition of BTC/USD behavior. 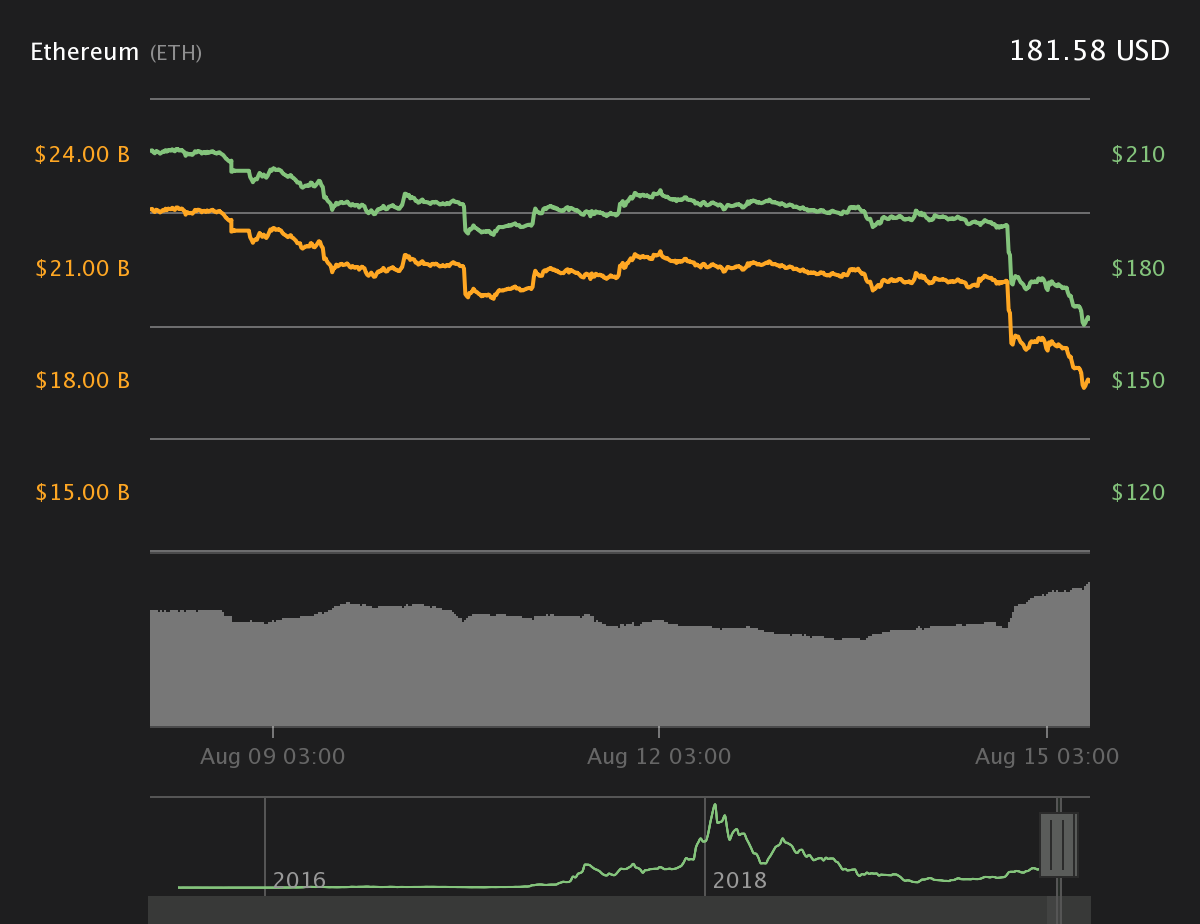 In total, the cryptocurrency market cap for all tokens dropped by more than $40 billion this week, with Bitcoin’s share nonetheless remaining stable at just above 68%.